Search
START TYPING AND PRESS ENTER TO SEARCH
My cart

No products in the cart.

The worlds best cybersecurity experts are the ones that were able to find a discipline that aligns with and enhances the natural way their brain is wired.

But there’s no need to guess what that is anymore.

DECIDE ON YOUR CYBER PATH WITH CONFIDENCE

CyberQ is a series of tests that help you:

Acutely understand what your innate cyber superpowers are

thinking requires the ability to detect anomalies and to monitor a continuously running information stream, when doing so is mentally taxing

requires the ability to scan and interpret information, to respond quickly to events during online processing, and to inhibit the intrusion of distracting or irrelevant information

requires the ability to delay closure in resolving a task or problem, considering other inputs, while balancing risk and reward

Match it with the cybersecurity discipline you’re best suited for

You must be comfortable making high risk decisions, quickly, with limited information. You look for openings and create opportunities to “safely” execute a mission, knowing that they don’t have the full picture, relying on their resource fulness

You respond to real time engagements with attackers. Your resourcefulness and mastery of system behavior allows you to cripple live attacks by cutting off access, exfiltration, and stopping further damage

You analyze the enterprise to understand the threat landscape, figuring out what defenses need to be strengthened. You collect the cyber forensic artifacts and insights into attacks that have occurred, diligently identifying each little fault that allowed an attack.

You create solutions that fill the void left by other tools and protections. Your deep understanding of systems and behaviors allows you to “see” the gaps in protection. You run millions of test cases and choose the timing of software deployment initiating

Maximize the impact of your training dollars

Fast track your path to being a specialist

Create a fulfilling career with confidence

Conceptualized and Crafted by:

A team of Cognitive Psychologists and Psychometricians from the University of Maryland CASL (Center for the Advanced Study of Language), which, for the past 20 years, has been building psychological aptitude assessments for the US Intelligence Community and the (DoD).

The US Intelligence Community and Department of Defense (DoD) have used this Aptitude Test to create some of the highest performing Cyber Teams in the world and we are attempting to bring this capability to you with CyberQ.

CyberQ Aptitude takes you through a series of tests that stimulate the same type of thinking used in a multitude of cyber-professions.

No prior experience or knowledge required!

Based on the cognitive strengths of 1500+ Cybersec practitioners

The approach that the Cyber Aptitude and Talent Assessment (CATA) framework takes is to assess what candidates have the ability to do independently of what they already know. Especially in military contexts, education and training in cybersecurity can be given to people who show promise but lack knowledge. Other efforts in the various Armed Services are underway to allow people who have knowledge to skip some of the early instruction steps, in order to tailor training more effectively to students’ knowledge and get them into the workforce more rapidly. The CATA is a test of cognitive skills, not knowledge, and it is expected to complement, but not replace, existing tests and certification exams.

As is typical for research, the development of the CATA began with a thorough review and integration of the literatures on psychological and educational assessment and cybersecurity learning and certification. Deeper insights were gained through needs analyses and cognitive task assessments comparing the tasks and demands of key cybersecurity work roles of interest to the DoD, such as Developers, Operators, and Analysts, among others. Developing proficiency in some of these work roles can take years. We used the findings to choose tests of the cognitive abilities that support those tasks. For example, whereas critical thinking ability is important for all cybersecurity jobs, the ability to perform well under heavy time pressure may be more important in some jobs than in others.

CATA has undergone rigorous usability testing in order to find and fix potential sources of confusion and improve the overall user experience with the instrument.

The reliability and internal consistency of CATA has been rigorously demonstrated using standard practice for psychological assessments.

CATA has undergone longitudinal and group discrimination testing in order to establish the validity of the instrument, including:

What is group discrimination? To assess whether the prototype test battery could discriminate among the three targeted work roles, we tested professionals currently employed in those work roles and used statistical modeling to identify which abilities measured by the CATA were associated with distinctions among tested groups. In addition, we administered the test battery to professionals in other cyber work roles (e.g., System Administrators) to see how well the CATA could distinguish those in the targeted work roles from other types of cyber professionals. The data provided a basis for drafting aptitude profiles for each work role and for examining the CATA’s utility as a selection instrument.

The Remember and Count (RAC) task measures the construct of visuospatial working memory, in the Critical Thinking construct category. Visuospatial working memory is the workspace for briefly holding and manipulating visuospatial information. RAC specifically assesses this ability by having examinees recall the color, location, and order of a sequence of triangles, with a spatial processing task between the presentation and the recall of the sequence of triangles.

The Matrix Reasoning (MR) task measures the construct of rule induction, in the Critical Thinking construct category. Rule induction ability represents the ability to determine the rules that govern a pattern. MR specifically assesses this ability by having examinees select which of eight response-option figures correctly completes a 3 x 3 grid of figures, based on the rules that govern the pattern of the other figures in the 3 x 3 grid. 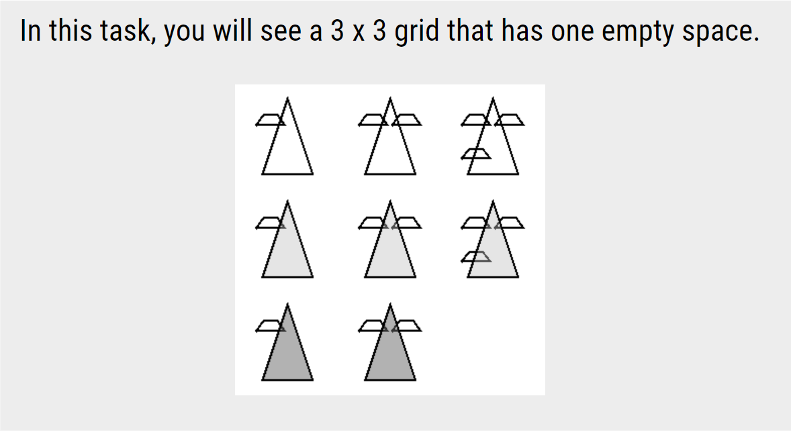 The Dynamic Systems Control (DSC) task measures the construct of complex problem solving, in the Critical Thinking construct category. Complex problem solving represents the ability to learn and effectively manipulate systems which are complex, opaque, and dynamic. DSC specifically assesses this ability by having examinees learn the rules of a complex, dynamic system, and then use these rules to manipulate the system into a specific state. 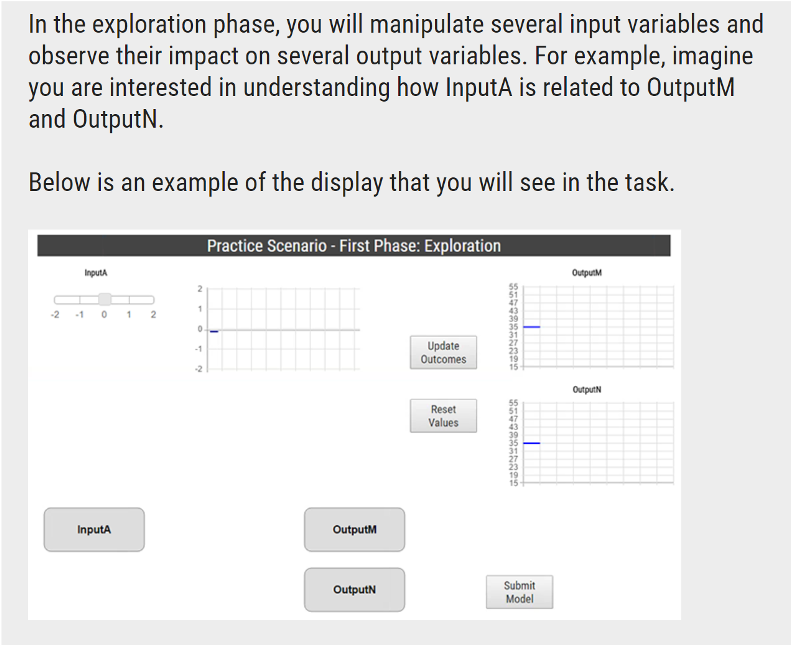 The Anomaly Detection Rule-Based (ADR) task measures the construct of anomaly detection, in the Responsive Thinking construct category. Anomaly detection represents the ability to detect information that is anomalous in a larger context, such that it does not conform to the expected pattern. ADR specifically assesses this ability by having examinees explicitly learn the rules that govern a system, and then detect patterns in the system that break these rules. 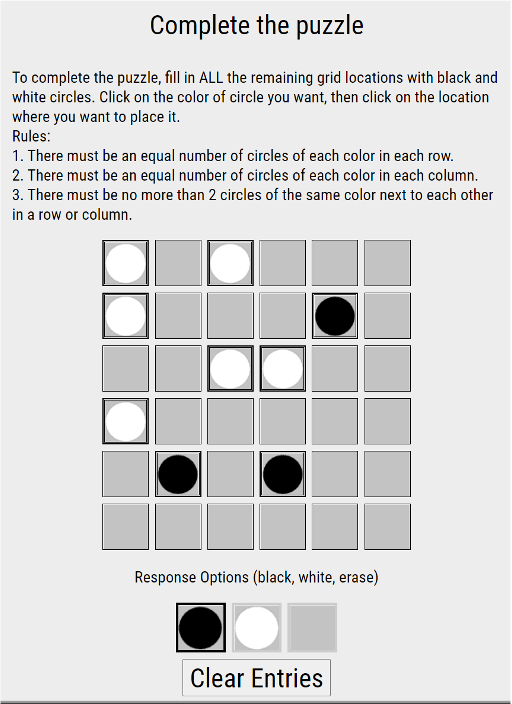 USAF conducted an extensive study of the ability to use CATA as a filter for students coming into Cyber Warfare Operator training.

Haystack Solutions helped the University of North Georgia (UNG) to literally find “students in the haystack” with no prior cybersecurity knowledge, skills or abilities, creating a diverse team that won the NSA Codebreaker Challenge in 2019 and 2020.

Case Study Finding
This winning team increased the percentage of women on the team from 10% to 20%, while increasing the overall size of the team by 4x. Of those women:

Host Amber Pedroncelli welcomes two guests to the show this week. First, Bryan Lopez, Director of Emerging Technologies for the Department of the Navy Chief Information Officer, discusses the interview he conducted with retired Vice Admiral Jan Tighe about cyber aptitude testing in the Navy and beyond. Vice Admiral Tighe collaborated with EC-Council on the creation of the CyberQ Aptitude Assessment.

Ready to discover your cyber superpowers?
Click on the free trial or add to the cart if you are ready to get started.

If you still have questions, fill out the form below and we’ll reach out to you within 48 hours.